It started with a simple FMCW radar for counting birds in the sky up to a height of 1 km. We have since evolved and offer customized radar solutions based on our modular software-defined Radio (SDR) hardware with a highly versatile radar processing realtime DSP engine.

We took our SDR and coined the name of our radar platform Software Defined Radar.

Examples of some of our specialized 8.2-9.6 GHz SDR frontend boards that are used for a drone radar. 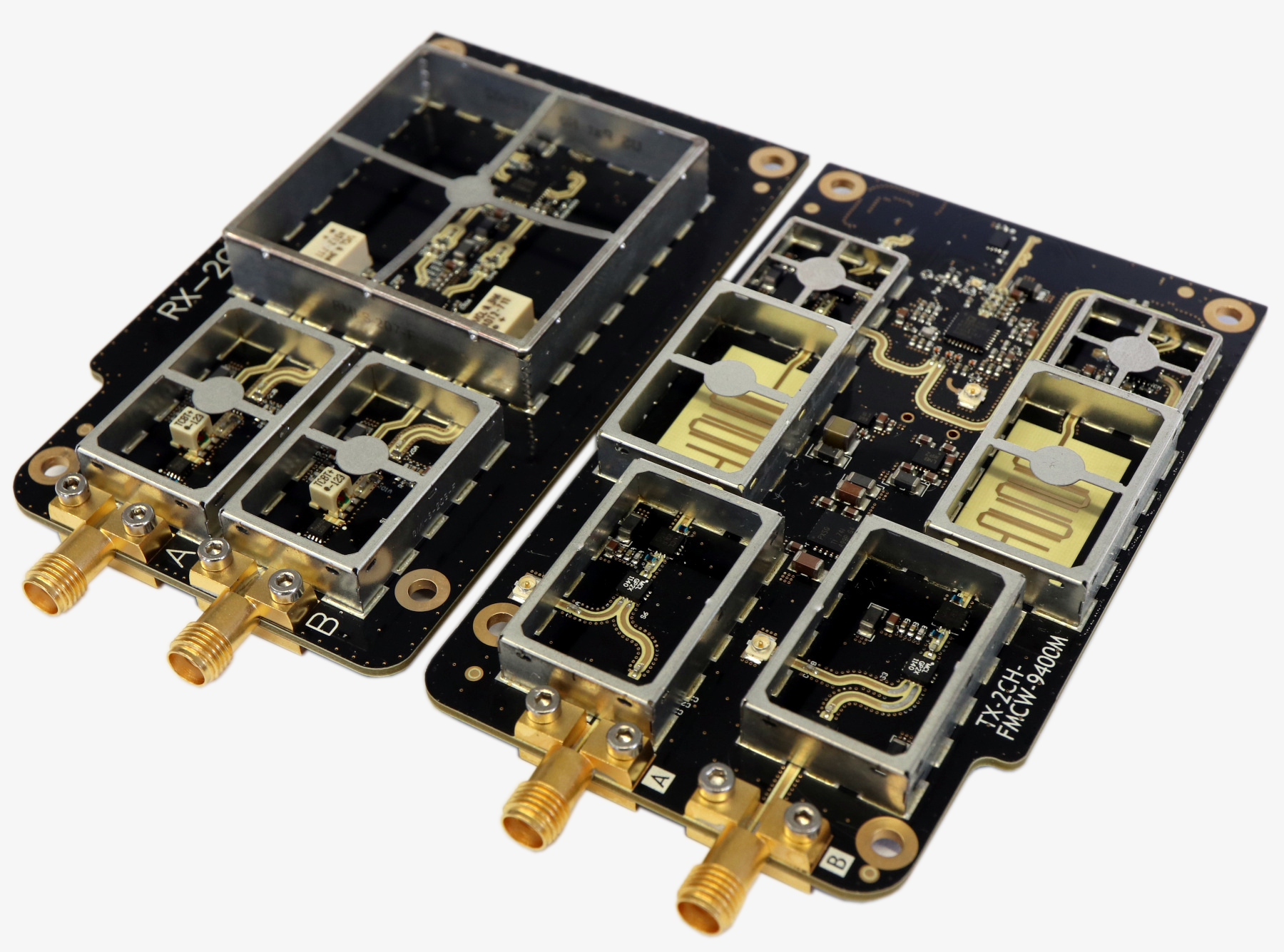 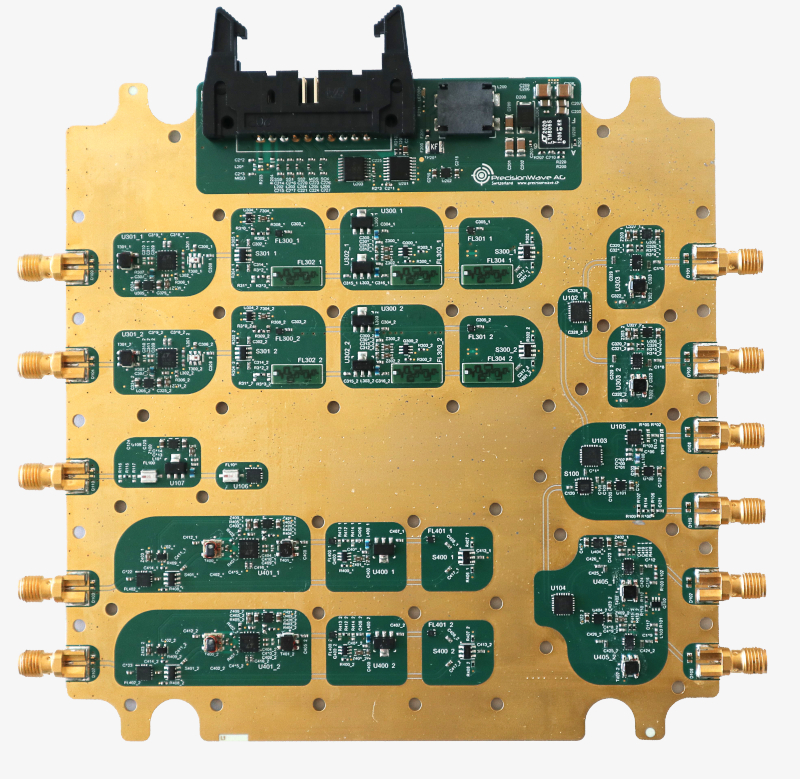 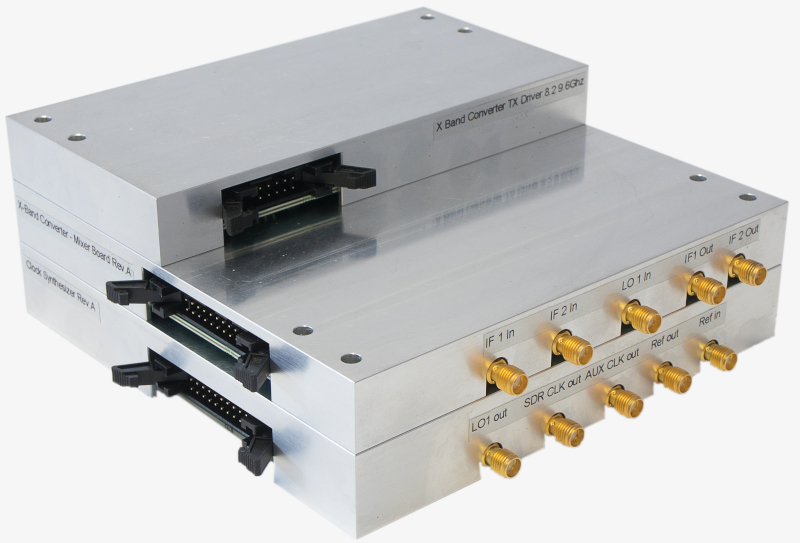 miniCODIR is a programmable Software Defined Radar (SDR) in the X-band for various applications like drone or bird tracking, perimeter intrusion detection, and scientific purposes. Chirp bandwidths up to 150 MHz and the capability for generating arbitrary chirps enable maximum versatility.

Radar data post-processing may be performed by a co-processor on the SDR itself, with enough power for most customer-specific applications. Alternatively, data streaming to a post-processor is supported out-of-the-box.

We selected a well-established and open-source driven API called “libIIO” for data streaming and radar parameter configuration. libIIO is widely used and supported by the most popular signal processing software.

miniCODIR was developed in collaboration with armasuisse Science and Technology (S+T) as a part of a scientific project. All rights of miniCODIR are held by our partner.

A signal generator in the FPGA generates chirp signals with real-time adaptable radar parameters such as pulse repetition frequency, chirp-interleave mode, chirp bandwidths, and sweep times. The received echo signal is mixed down by direct conversion with a time-delayed reference chirp.

A signal generator in the FPGA is capable of generating arbitrary signals such as noise signals or non-linear modulated chirp signals with up to 80 MHz bandwidth. TX waveforms are loadable from the Linux user space. Received echo signals are processed with a double-heterodyne receiver optimized for maximum dynamic range and excellent receiver noise figure.

A transportable, ruggedized system: it perfectly fits your next field study. 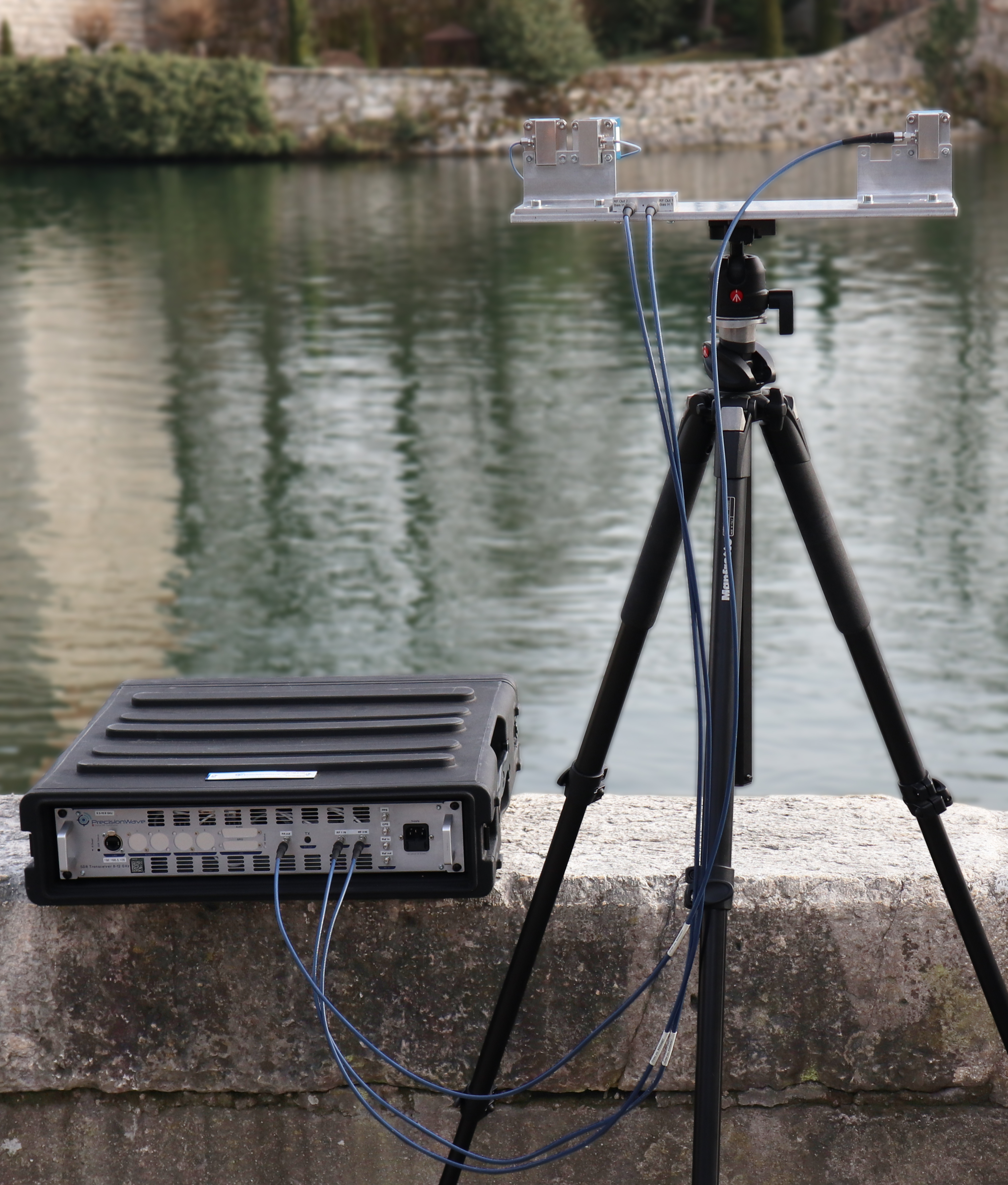